Kokekokko, the yakitori-ya in Little Tokyo specializing in chicken skewers, is a oft-misunderstood spot. The restaurant is probably most well-known for the attitude of its head chef/owner, Tomo-san, and his reluctance to serve first-timer or newer patrons off-menu skewers which are “reserved” for the regulars and black plate customers (true VIPs who have customized plates made for them by the restaurant). I completely get it – this is America, after all. I myself was guilty of hating on Kokekokko for its elitist attitude and had been scared off trying the place for the longest time…until Food’s Eye View insisted I go with him (after he had somewhat established himself with a few visits in the weeks before).

In essence, the way Kokekokko is run is akin to the tiny basement restaurants plenty in Tokyo, which are either invitations-only or give priority to regulars (Totoraku is probably the most famous in town for doing this). Due to their size and lack of self-promotion, they want to reward their loyal customers for their continued support or being the early adopters. In fact, this system is probably passively present at some of your favorite Japanese restaurants in LA. Not the most democratic of systems I know, but for those actually considered as such, there is major gratification to be had for essentially racking up points on your rewards club card. It’s like getting a FastPass for everything at Disneyland because you’ve been there a dozen times already. There is also a sense of camaraderie and friendship that comes out of a relationship like this.

But how do noobs approach Kokekokko? Like you would with any restaurant – sit down, be respectful, and eat what’s in front of you. That’s it really. Kindly ask for the off-menu stuff. If you’re nice and they have plenty, then there’s a high probability you’ll receive at least some of it. How do you think people ascend to regular status? You can be an asshole and go to a restaurant multiple times, and Japanese restaurants like this won’t elevate you to VIP status. They’re not in it for the money, but rather to serve patrons who love and respect their craft. If you go again, they’ll likely recognize you (since it’s pretty much the same servers working there on the regular), and try to hook you up. Just don’t act like a Yelp Elite, and odds are you’ll be fine.

Still, there’s an actual reason why people want to go to Kokekokko outside of its relative exclusivity, right? It’s because the chicken is damn delicious. First of all, they only use Jidori chicken, and get it fresh daily (I think they might even be butchering it themselves), which makes a huge difference in the quality of meat. Add the use of binchotan charcoal, which technically produces no flames or smoke but is able to maintain an extremely high temperature consistently, and the deft skills of men whose grilling skills would make most backyard chefs cry, and you got yourself amazingly grilled skewers of basically every edible part of chicken than can be put on a stick. In fact, this is a great place for offal (attn: The Offalo), as some of the best skewers at Kokekokko are of the organ variety, like the three varieties of heart.

But don’t forget about plain ol’ chicken breast, as the version found here is probably the most well-cooked piece of breast I’ve had in recent memory. The reason: it’s cooked rare. You can request it well-done or what not, but you’ll probably see Tomo-san looking really pissed/sad grilling that breast, because he’s basically cooking the shit out of it. The quality of chicken is here good enough to eat raw even, due to how their source the chickens. So please try it rare or medium-rare at least, if you dare. Besides the skewers, Kokekokko might just be serving the best versions of chicken gyoza, soboro-don, and chicken ramen in LA, as well as other great small plates like chicken-stuffed shiitake mushrooms and smoked duck (see a trend here?). I’d go for the chicken ramen alone (seriously).

However, there’s another reason I’m mentioning Kokekokko: the restaurant is closing in late January 2015. This has been rumored for a while, as a certain favorite sushi chef of mine hinted at this over a year ago. It’s not because business wasn’t good (they’re doing well enough to self-justify the preferential treatments), but rather a new landlord is squeezing the current tenants out. After 25 or so years doing this, I doubt Tomo-san is going to open up another Kokekokko. So at least give them a shot in the next 3 months if chicken skewers remotely interest you. If it doesn’t work out, then fine – there’s always Torihei and Shin-Sen-Gumi. But you’d be yourself a disservice by not going to the only yakitori joint in town that could truly belong in Japan. 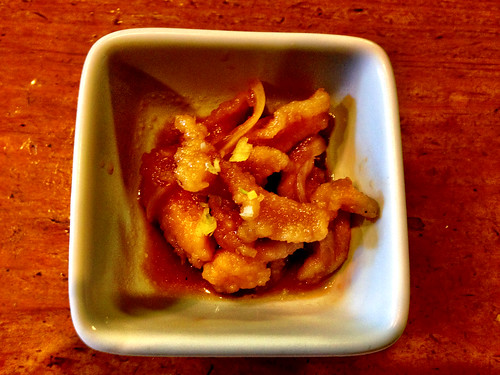 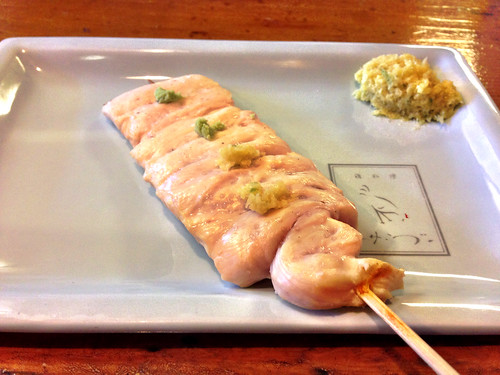 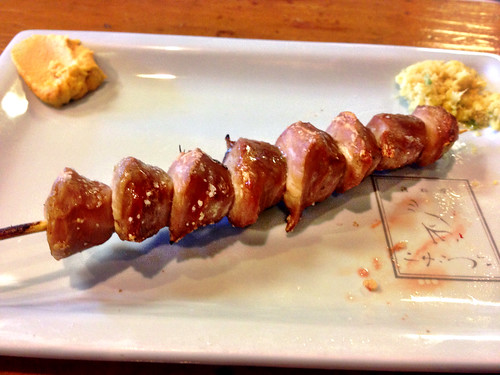 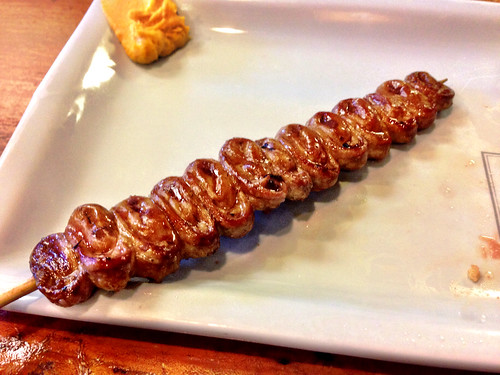 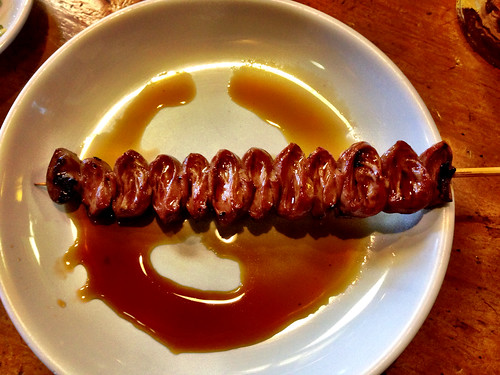 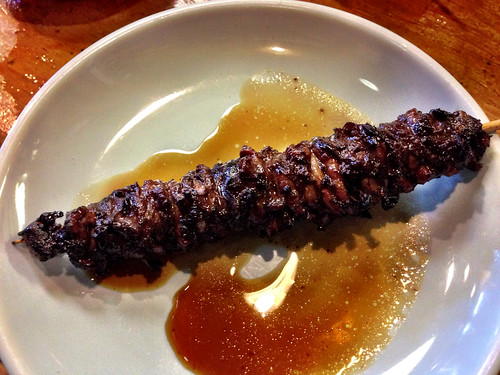 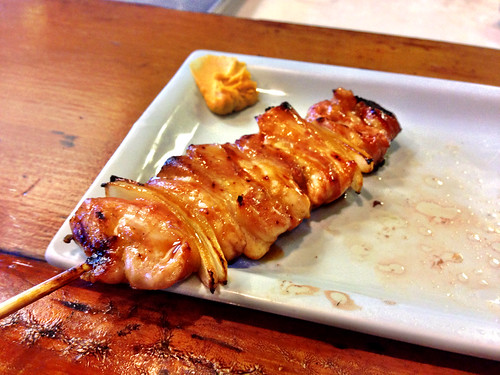 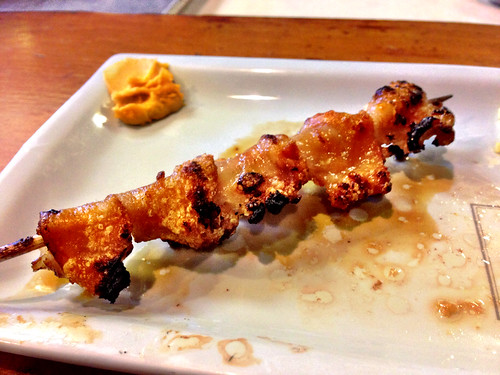 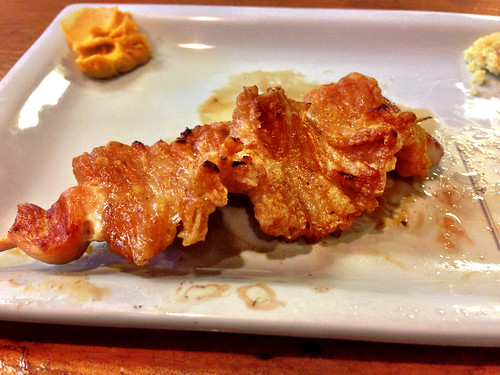 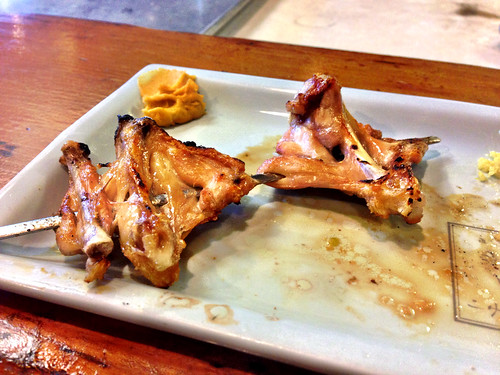 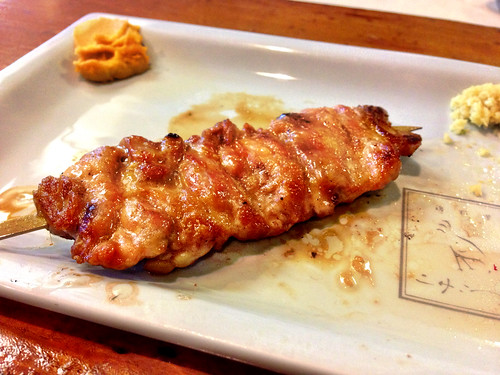 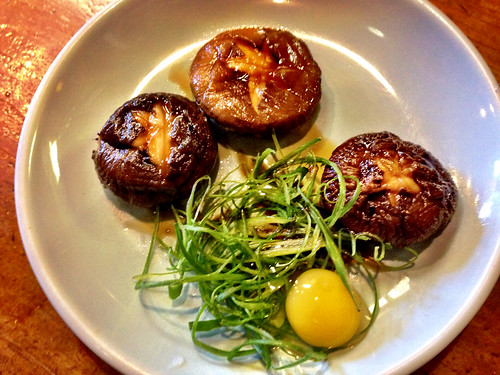 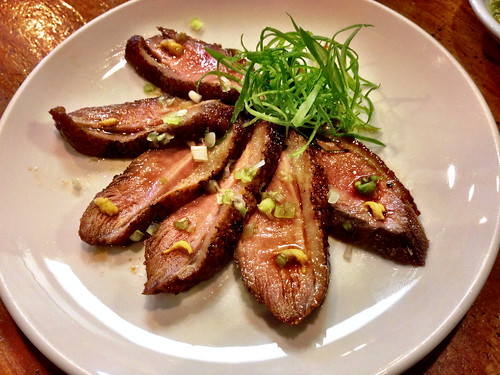 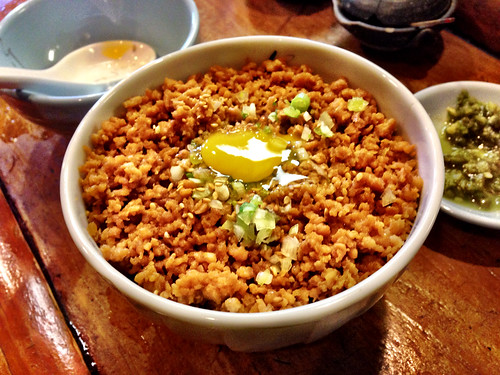 Grade: A-
Cuisine: Japanese (Yakitori-ya, to be specific)
Neighborhood: Little Tokyo
Price: $$ (probably more like $$$ though)