TV chef Curtis Stone, most recently known as the host of Top Chef Masters and Top Chef Duels, opened Maude in Beverly Hills at the beginning of the year. But if you’re expecting a large, corporate, tourist trap of a restaurant that usually comes with the territory of being a celebrity chef, then you’d be completely wrong. What we have here is a passion project of sorts for the chef, a small, quaint spot neatly tucked away on the southern part of the city’s Restaurant Row.

Despite spending more of his career on screen than in the kitchen, Stone’s culinary resume is fairly impressive. And at Maude, he’s assembled a staff that can tout similar levels of experience. The restaurant focuses on a primary ingredient every month, and constructs a tasting menu (only option available) of 10-14 courses around that, at a reasonable price range of $75-95/person. For the month of June, the ingredient was morel mushrooms, so the tasting menu was $115/person.

What I really liked about the focus and progression of our dinner at Maude was that the restaurant never tried to force the issue of reminding the diners that morels was the main ingredient, and that it needed to be the centerpiece of each course. Rather, there were courses where morels were barely utilized or creatively integrated, but were there because they fit well within the scheme of things. That’s what a great fine dining restaurant tasting menu strives for – having a central focus, but keeping a nice progression, and taking chances here and there.

By those accounts, the morels menu at Maude definitely knocked it out of the park. And from everything I’ve heard from previous and future months, it seems as if the restaurant has maintained that high level of creativity and execution throughout. And by creativity and execution, the kitchen has done a good job tip-toeing between respecting the classic approaches and exploring the more progressive formats. It’s a very smooth integration of both – none of the tongue-in-cheek executions you’d see at modernist places.

Also, I was also very impressed at how light the food was. By light, I don’t mean that it’s under-seasoned or healthy, but rather in comparison to how each course appeared and the components involved. I was eating this huge raviolo with consumme (a course that was brought out by Chef Stone himself), expecting it to be very heavy. But it was actually rather refreshing, and the broth even balanced out the dish – just an example.

So yeah – definitely very impressed with what Chef Stone has accomplished with Maude. It’s pumping out Michelin-quality cuisine at a reasonable entry price and neighborhood-esque comfort level. Despite that, the front of the house is extremely professional, knowledgeable, and runs like clockwork without being stuffy (I’m talking about you, Manresa). I’m definitely looking forward to future meals…if I can even get a reservation. 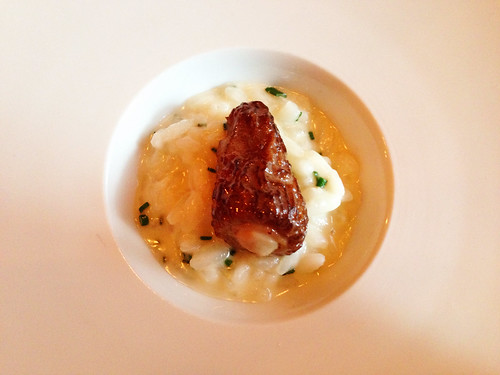 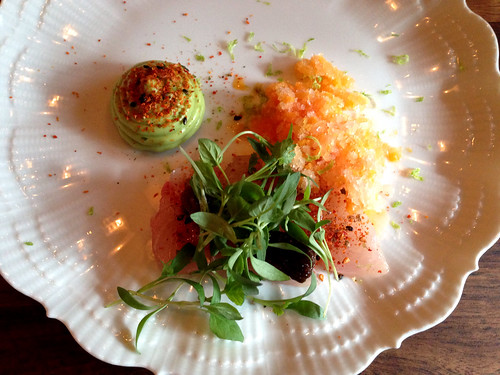 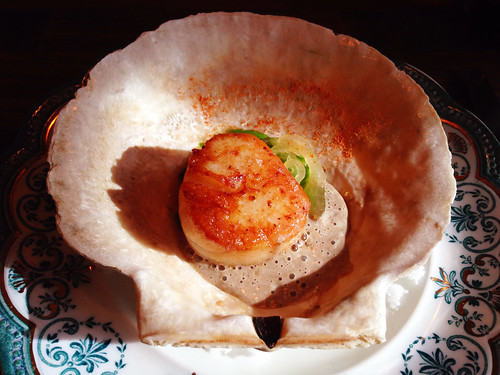 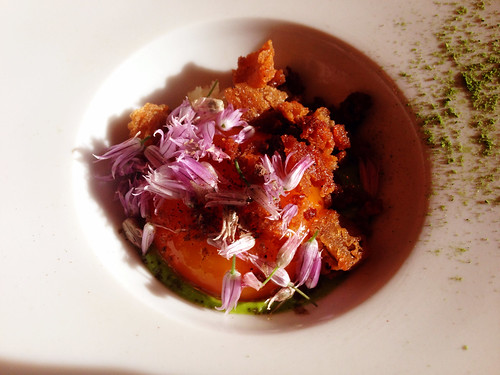 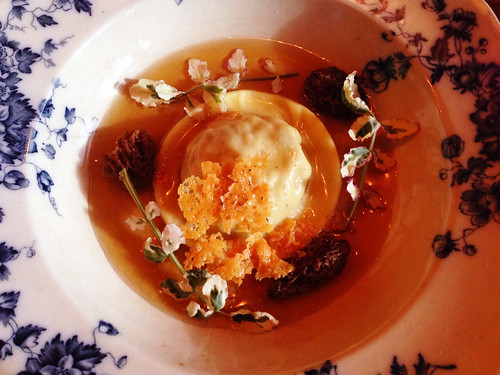 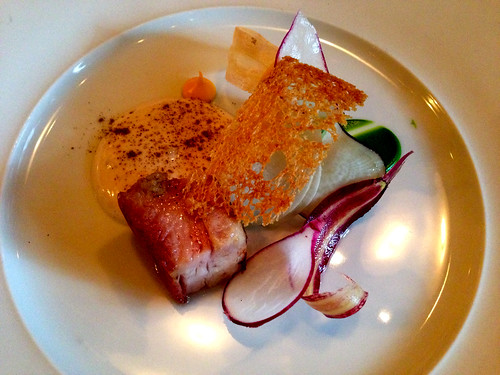 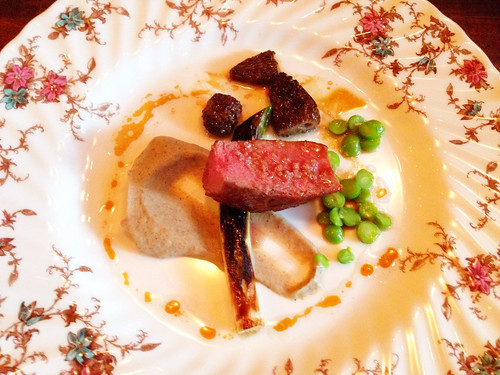 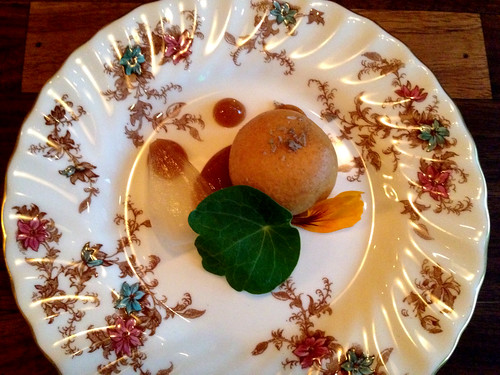 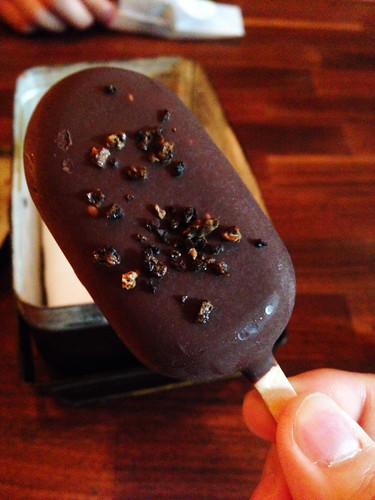 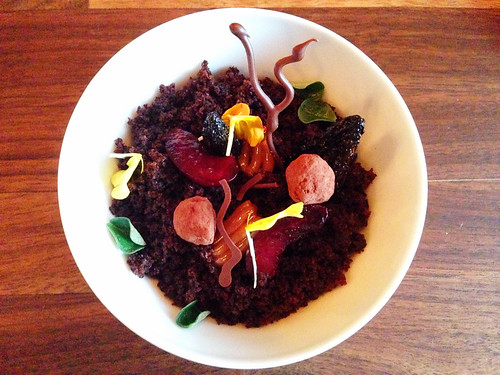 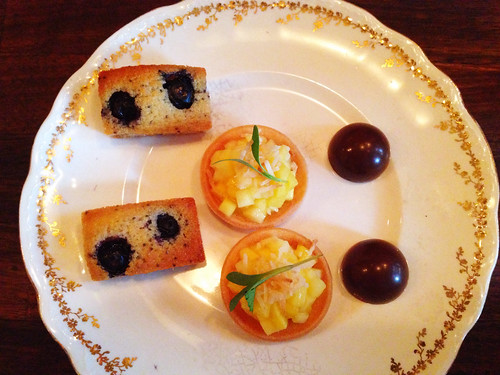 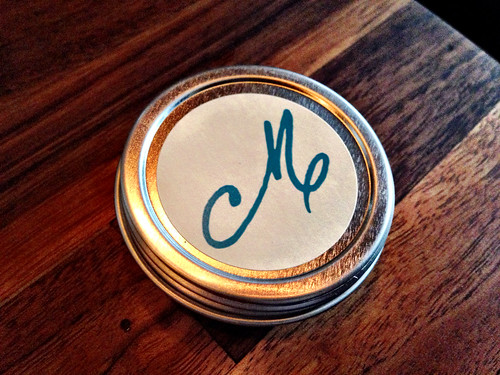 Grade: A-
Cuisine: American (probably appropriate to say Californian, to be more specific)
Neighborhood: Beverly Hills
Price: $$$$ (June tasting menu featuring morels was $115/person, but excluding that and most likely the upcoming November menu featuring truffles, the price range of the menus is $75-95/person)