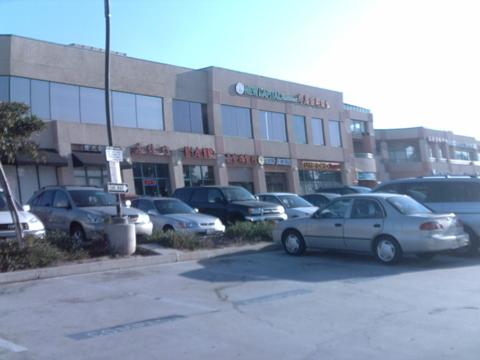 My basketball teammates and I came here after a heartbreaking loss (I missed the game-tying three-pointer). I haven’t had dim sum in a long time (sans after our last game about a month ago), and like my stance with pho I refuse to eat dim sum west of downtown, so I had no objections to go to New Capital. I remember going to the one in San Gabriel, and remember it being pretty good. So I had reasonably high expectations for this location.

Maybe I’ve become pretentious and snobby, but I found my lunch here to be rather mediocre. None of the things we’ve had were noteworthy, although I have to agree with Han about the baked BBQ pork bao being rather bad. Of course, that didn’t stop glutton me from eating a bunch of food. We got the usual assortment of dim sum stuff (shu mai, har gow, etc), and they weren’t bad. But they’re weren’t exactly great, either. Just decent. Perhaps my expectations for dim sum have risen due to my absence from such locales. But I do think that the dim sum my teammates and I had after our first game was better than this (though that restaurant’s name has been wiped from my memory). I have to mention that the prices for the dishes at New Capital are more than fair, as they had a weekend special where everything was the same price (unless we got stuff of the same price only), so if you’re hungry and poor and want dim sum, this is fair.