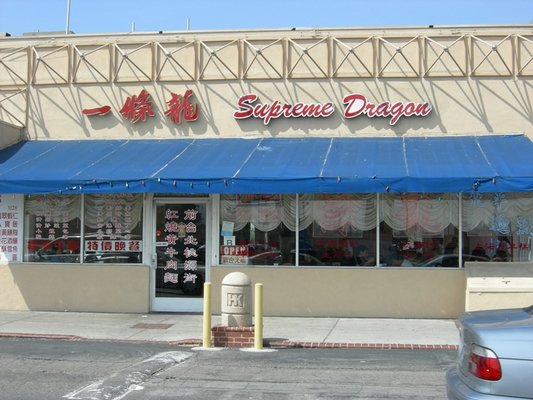 We started playing our basketball games in Covina lately, as opposed to Industry/Rowland Heights. Since we had no idea what to eat in Covina, Han suggested that we still go to Rowland Heights to eat (I think he really wanted to eat Chinese). Anyways, he brought up Supreme Dragon, so that’s where we ended up going.

After trying various dishes ordered by everyone at the table, I have come to the conclusion that Supreme Dragon is basically a poor man’s version of 101 Noodle Express and Dean Sin World. Their dishes, like the xiao long bao and beef noodle soup, aren’t as good as those two places, but still quite solid. Supreme Dragon is best restaurant I’ve tried at Rowland Heights so far. The pan-fried bao, in particular, was good. They’re smaller than what I’m used to (rather cute-looking, actually), but they were fried well and tasted good. I would have no problem coming back after games on Sunday.